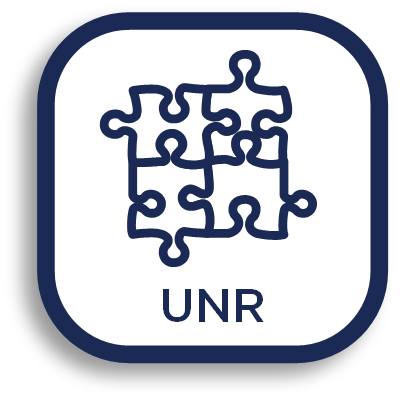 The UNR can be configured to support PTP time synchronization only on the forwarding path or also to synchronize its local clock. Also, the number of timestamper- and signal-generator cores can be chosen according to your needs.

Each core has its own AXI4 Lite Slave register interface to allow some additional configuration or read out the status of each individual core. All cores can also be statically configured without the need for a CPU.

The interfaces of the cores are kept as lean as possible and only standard interfaces (AXI4, MII/GMII ...) are used to the user logic to also give the possibility to interconnect to third-party cores. 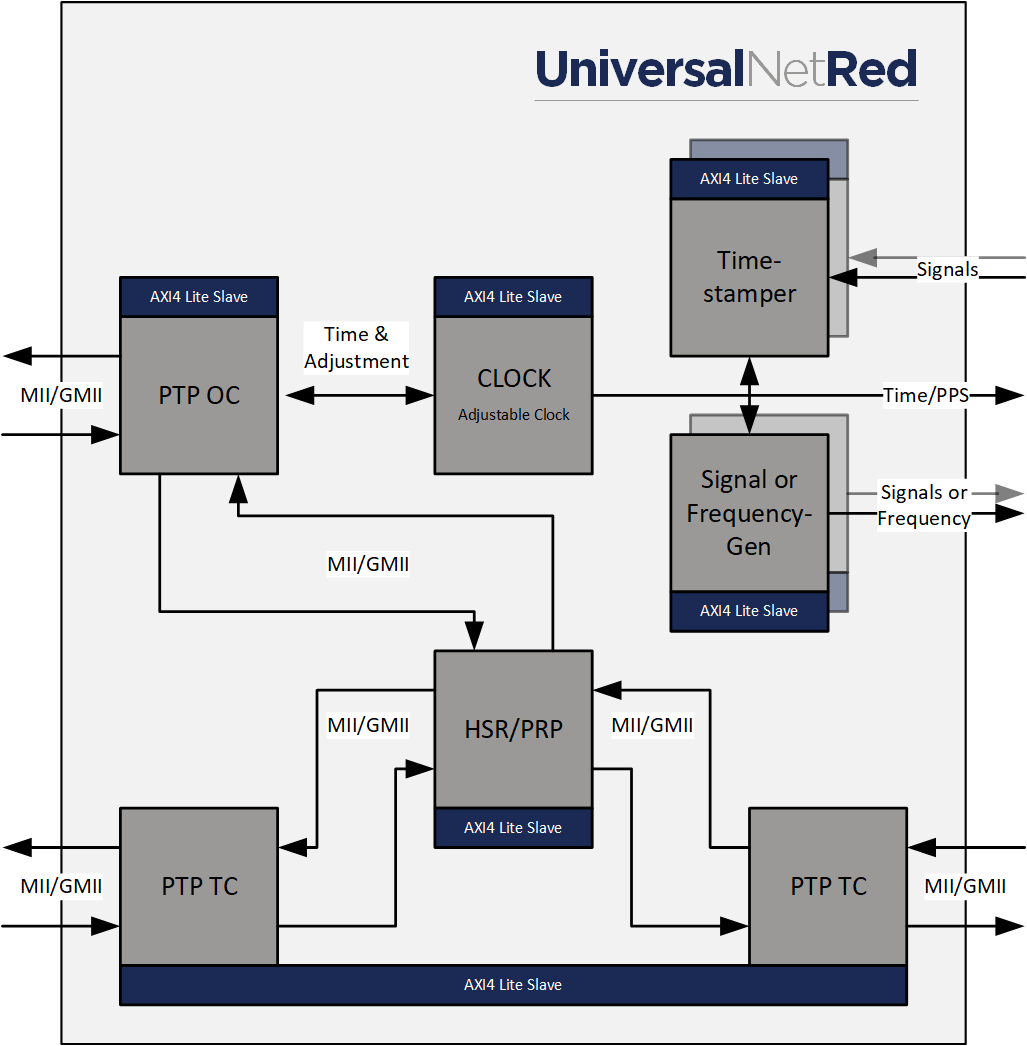 The following cores can be combined as required:

All solutions consist at least of the HSR&PRP core. For making the most use of the synchronized clock multiple Timestampers and Signal Generators can be instantiated.

Licensing costs are according to the individual products (see product pages for pricing).
Discounts apply on the total price when at least four cores are combined: