NetTimeLogic developed a TSN analyzer tool for demonstration and debugging purposes of TSN Networks.
It receives frames via a normal Ethernet port and shows the timely occurence of different traffic classes based either on PCAP timestamps, or hardware timestamps as VSS trailers. It either shows the number of frames received in a 10us window or the number of bytes received in a 10us window.
It is designed for three different traffic classes: high, medium and low priority trafficand it can be choosen which VLAN priorities belong to which priority class. The graphs can be filtered on a per priority base.

Note: Your Network Card needs to support VLAN in the sense that it will not cut it off on reception. There are many USB 1G Ethernet dongles which support this (e.g. TP Link UE300) 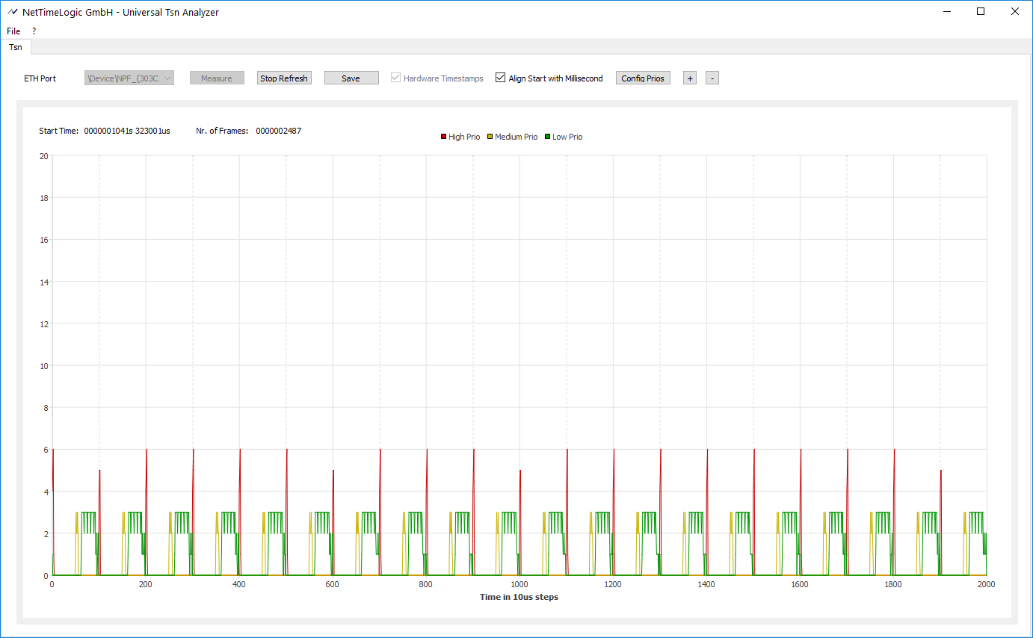 The TSN analyzer is not for sale, it is free of charge as a tool as part of NetTimeLogic's TSN IP cores, but we share the TSN analyzer with you if you are also part of the IIC(R) testbed.